Bagnacavallo is AleAnna’s contribution to the Longanesi Field unit. Padana Energia SpA (Gas Plus) is operator and owns 66.5%. The discovery well (Grove Abbadesse-1dir) found gas in multiple Lower Pliocene sands, which were tested at a combined rate of 15.4 MMCFG/day from 3 zones. The second well (ENI Longanesi-1) tested a maximum combined rate of 14.1 MMCFG/day from 46m of total net pay in 3 zones. With the results of the 2 wells and 2D seismic, gross field reserves (3P) were estimated to be 85 BCFG by DeGolyer and MacNaughton in 2009. 3D seismic was acquired by ENEL and Edison Storage in 2015. Re-evaluation of the field reserves and the study of the development plan is underway using the 3D. 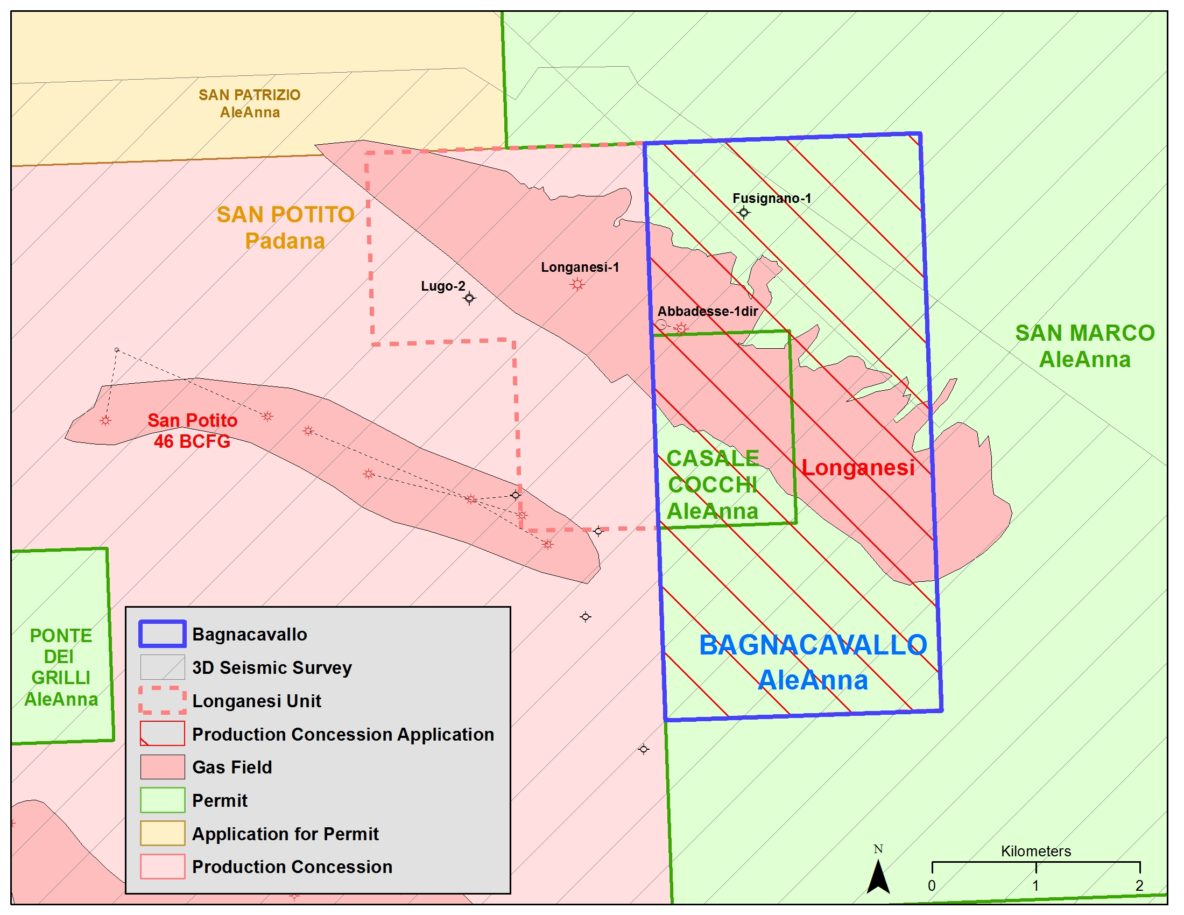